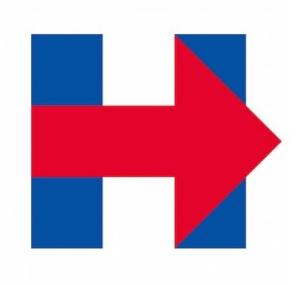 This way to the helipad!

I like Hillary. I’ve been her supporter for a few presidential cycles. On her mailing list I think you’ll find me in the “Old School” section. I got seniority. And, depending how things go, she probably has my vote in 2016. The “probably” is a subtle hint that my vote is not ironclad. Not this time around.

Some people give Hillary a lot of shit. Some I agree with (to some extent). Some is just stupid, crass, and mean-spirited and falls under the category of “My Side Good, Your Side Bad” politics.

Me? I prefer to call ’em like I see ’em. And this is one such case.

END_OF_DOCUMENT_TOKEN_TO_BE_REPLACED

Short Shorts: How to buy a PC

The boss asks for your opinion. “I need a recommendation for a new computer.”

You ask a few questions. Price range? Purpose? Anything special it needs to do?

You take the task seriously. You conduct research. You think outside of the box. You are creative and expend energy. You want to do a good job.

This isn’t your specialty but you try your best. After finding what you think is a pretty good answer, you pass it on.

The next day that boss says, “My spouse told me to buy something else. Something totally different than what you recommended. I’m going with that.”

In a few days the computer shows up. It’s neither. It turns out the boss went for a third option. The very thing you cautioned against way back at the beginning.

The boss now has a stupid piece of shit but it was worth it to put you in your place and make you spin your wheels. It sure can be funny how things work out.

Today I take time out to pass along an important and wonderful piece of wisdom that has brought immediate and innumerable benefits to my interpersonal relationships. It works with your lovers and, just maybe, even your spouse.

In a nutshell, the secret is this: Find a way to say, “Yes.”

That’s it. Therein lies the key to unlocking exciting new worlds of mystery and imagination. Seldom in life do we encounter such transformative power in six simple words. Find a way to say yes. That’s all you have to do.

I’ve adapted this technique in my daily life and I happily bear witness to the awe and sense of wonder it brings.

Please allow me a few moments to demonstrate how it works.

“Did you take out the trash?”

“Have you ever cheated on me?”

“Do you have a headache?”

“Were you killed in that car accident?”

I don’t often fall for quick fix gimmicks but in this case I have to admit, it really works. If you give it a try, please use the comment section below to let me know how it goes. 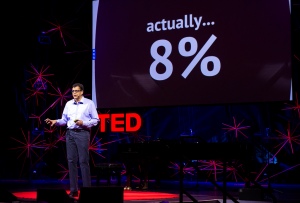 I like this image. No disrespect to Pankaj Ghemawat or the Eight Percent is intended.

These days, if you decide to come after Twitter, you had best bring your A-game. You gotta have cred. Because, when the shit hits the fan, you have a grand total of .42 seconds to capture the attention of that potential follower or lose ’em forever.

You get one chance. One!!

Strike while the iron is hot. Seize the day. Squeeze lemonade out of their lemons. Losers always whine about their best. Winners go home and fuck the prom queen.

That’s where I come in. My latest business idea will give you insta-playa status. Make the jump for our special presentation or choose the path that leads to dying alone.

END_OF_DOCUMENT_TOKEN_TO_BE_REPLACED

I gave my computer some instructions and walked away. Bad move. Does not compute. Syntax error. Non sequitur.

“How dare you show your back to me!” the computer raged indignantly but passive-aggressively. That must be why it remained silent. It knew damn well what it was doing.

I don’t know why my computer calls me “little girl” but whatever. I kind of like it.

END_OF_DOCUMENT_TOKEN_TO_BE_REPLACED

I live in Portland, Oregon, which mostly receives electrical power from Portland General Electric. Founded in 1888 the company was eventually owned by Enron Corporation from 1997 until 2006 until Enron went bankrupt.

See? I just used a writing technique known as foreshadowing.

Foreshadowing is a literary device by which an author hints what is to come.
–Wikipedia

By dropping the name Enron, you are now on notice that this story does not bode well. The portends are decidedly not in our favor. It’s time to omen up.

Yes, I’m being mysterious. I’m trying to leave you in the dark. Just like Portland General. Bazinga!

Being a major metropolitan area, the City of Portland is designed with security and reliability in mind. Power outages simply do not happen unless:

Such simple criteria means the city loses power about every 42 minutes. Who knew that cramming 625,000 people in the same area would make stuff happen? Yes, I live in a city where squirrels are frequently blamed for power outages.

At least Portland is safe. No one, not even a terrorist, could ever fuck with this city unless:

Portland has many names. The City of Roses. Bridgetown. Stumpdown. Rip City. Little Beirut. PDX. Cloud City. But, during autumn at least, it could also be known as The City of Leaves. (Leaves are the unpredictable byproduct of shitloads of trees.) And the city has a great strategy for dealing with them. “Clean ’em up your own damn self. You want your storm drains to work? Better get on it. By the way, we’re adding a street fee. You need to pay more taxes for this.”

So it rained on Sunday. We were out running errands. We had to retrace our steps. We drove through St. Johns. Then it started to rain. An hour later we went through the same area. It had already flooded the size of Lake Erie. It wasn’t even a heavy rain.

There had been a few brief gusts of wind. So, yeah, the power was already out. We pulled into a bar just as thunderous lightning spooked everyone in the place. They were amazed. Lightning? Wowwee. Perhaps Portland has exactly the power company it deserves?

We continued on our way and that’s when I noticed it. The traffic signals were are dark. None of them were red. None were yellow. None were green.

You know what that means, right? The entire city went Starman on steroids. Perhaps we can add “Starport City USA” to our lengthy list of nicknames?

[Starman is driving the car, and speeds across a recently turned red light, causing crashes for the other motorists]

Jenny Hayden: Okay? Are you crazy? You almost got us killed! You said you watched me, you said you knew the rules!

Starman: I do know the rules.

Jenny Hayden: Oh, for your information pal, that was a *yellow* light back there!

Apparently the collective wisdom of the hipster lumbersexuals in PDX is this: No street light, go very fast.

That’s weird because the law says an unpowered traffic signal is to be treated as a four-way stop. It’s so weird that no one in Portland knew that. Keep Portland weird.

So we sat at an intersection watching an endless stream of cars whiz by at top speed and we never got a turn. To pass the time we celebrated several birthdays. And I plotted revenge. Now I understand where Joker, Riddler and Penguin are coming from.

This may be my last blog post for a while. I’ve decided to keep my computer turned off when I think Portland General will be unable to keep the grid powered. By my calculations that means I’ll have a 42-minute window of electricity per day.