Shouts From The Abyss wins Hall of Fame

The selection committee, consisting solely of blogger Tom B. Taker, cast the deciding ballot for SFTA. The vote was unanimous.

Blog publisher, Tom B. Taker, was visibility shaken upon hearing the news. “You love me,” he said to himself. “You really love me.”

In a short ceremony in an undisclosed office/bedroom, Taker appeared in his underwear to accept the award. He was accompanied by two cats, El Guapo Picard Tutankhamun Taker and Tilly Taker.

Initially Taker refused the award, stating repeatedly, “I didn’t do it” and referred to his policy that prohibits acceptance of anything imported from Nigeria. He eventually capitulated, though, and proudly accepted the traditional Golden Poop of the Abyss. He then angrily yelled “get out” bringing the festivities to a close. No legitimate media attended the event.

A spokesperson for the Hall of Fame selection committee later announced that the program is being disbanded. Taker will be given 14 days to surrender the award.

It was Saturday morning and I had a blog post to pump out lest my streak towards 1,000 days of continuous blogging fell into jeopardy. Yes, it was Saturday, but there was little time for blogging. Chores were waiting.

Luckily, for once in my my life, I already had an idea percolating in my head. I knew exactly what I wanted to write about. This shouldn’t take long, I thought to myself, right before everything went straight to Hell.
END_OF_DOCUMENT_TOKEN_TO_BE_REPLACED

This how I see myself before the big game. At least I used to. All things change.

Apparently I’ve always been a bit off-kilter. Even when younger there were signs. The portends of yesteryear that became the me of today.
END_OF_DOCUMENT_TOKEN_TO_BE_REPLACED 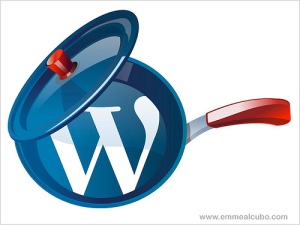 I love WordPress. Okay, enough of that love fest. Let’s get into the rants.

Today I only have three rants. Well, four, if you count the fact that I’m rapidly approaching 1,000 days of posts without missing a single day and I’ve never been Freshly Pressed. If an infinite number of monkeys at an infinite number of typewriters given an infinite amount of time can produce the complete works of William Shakespeare, surely even an idiot like myself could hit pay dirt one time? Come on!!! Meanwhile I know a lot of people who have been there, done that, and within only a week of launching their blogs. Ah, the fortunate ones.

Feedback like “you suck” is really valuable. At least here in the Abyss. Actually, I commend them wholeheartedly for enforcing certain standards. If I was to be Freshly Pressed, I’m sure it would be like matter and anti-matter touching. It would destroy the universe as we know it. And practically no one wants that!

Friday morning, after my behavior, attitude and outlook had put my wife in a really bad mood, and before she left for work, something happened.

I said, “You know. It really sucks when you’re so angry and you’re about to step out the door and go directly to work. That’s the absolute worst, isn’t it?”

If looks could kill. That look made my blood run so cold it’s still not back up to room temperature yet.

Then she threw down the gauntlet.

“This can’t continue,” she added.
END_OF_DOCUMENT_TOKEN_TO_BE_REPLACED

Work sucks. According to my wife, though, writing about work sucks more. (Stay tuned for my next post.)

So I decided to do a little science experiment. Feel free to play along and try this at home with your own blog.
END_OF_DOCUMENT_TOKEN_TO_BE_REPLACED

This is a follow-up to my earlier post entitled “Tyranny in Egypt” about Egyptian political prison Maikel Nabil, his hunger strike, and his quest for justice in a country in upheaval…

I have two questions. How many times have people who told the truth been persecuted? Truth is what it is. But when the truth is unpalatable to some, it can be followed by retribution. Then it takes many courageous people to do what is required to right the wrong. Sometimes this actually happens, but I bet more often than not it never does.

My second question has to deal with assholes. What good is a revolution to displace an asshole if the result is only more assholes?

In other words, what the hell is going on in Egypt?
END_OF_DOCUMENT_TOKEN_TO_BE_REPLACED