I’d like to start with a risky disclosure. [deep breath] Okay! Here goes! Hang on tight, this is going to be one hell of a ride.

In real life I’m not that entertaining.

I have an analytical personality, specifically “INTJ” aka The Architect which includes, among other things, this telling description: “One Reflects More When Traveling Alone.”

As an analytical type, I’ve often gotten into trouble in social situations after being asked a question, especially when I’m not prepared. A question stimulates my brain into “pondering mode” and my face goes blank in the same way as a computer that has been tricked by Captain Kirk.

To the person asking the question, I’m told, this comes across as rude. (Whatever the hell that means.)

(128 words in and the H-bomb has already been dropped three times in a post containing the word “God” in the subject line. Is this guy good or what? -Ed.)

END_OF_DOCUMENT_TOKEN_TO_BE_REPLACED

Fired while being #Atheist 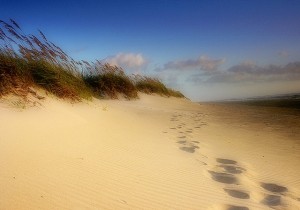 One night I dreamed I was walking on a beach with the Lord. In the sky I saw scenes from my life. In each scene I noticed footprints in the sand. Sometimes there were two sets of footprints side by side. Other times the footprints were single file, like Sand People who travel that way to conceal their numbers. This bothered me because the single file footprints seemed to precede all of tumultuous times in my life.

So I said to the Lord, “You promised you would always walk with me. But the footprints say that each time the shit was about to hit the fan you were no longer by my side.”

At times religion can be a beautiful thing. At other times it can be more like a barrel of monkeys. Believer or not, I think most people can agree at least that much is true.

In the news recently was a story about a high school teacher claiming he was fired for being an atheist. Let’s take a look shall we?
END_OF_DOCUMENT_TOKEN_TO_BE_REPLACED

No Good, No Bad

When one is an atheist in small town conservative America, one learns to play things close to the vest. Maybe later, after getting to know someone, the truth may be divulged. But it is known that premature sharing comes with a significant amount of risk. It’s a lovely place where the wrong bumper sticker will get your car keyed.

One company in that small town, named after a biblical location no less, asked about my religious beliefs during a job interview. That was my first clue that the game was afoot.

Later, when applying for another job in that same small town, my due diligence ended up freaking me out. I didn’t particularly get a good feeling from my research and, thanks to the internet, learned the owners of the company were flamboyantly religious. I was on a quest to get out of the frying pan and into the fire, so naturally I didn’t let this slow me down.

Despite shouting his religion for all to see, the man was one of the most unethical business people I’d ever met. And that’s saying a lot. He was no slouch. Yet there he was, up on the high ground, at least in his mind, looking down his nose at everyone else. Compensate much?

When office discourse finally turned to matters of politics and religion, I defiantly let fly with my disclosures. His reaction was one of thoughtfulness and class. “Atheist, eh? I have a question. Why don’t you kill people?”

Right and wrong. Good and evil. Yin and yang. Night and day. Black and white. Betamax and VHS. DVD and Blue-ray.

But now, after assessing more empirical data, I now think, perhaps, I was a bit hasty. It’s time to bust out with yet another theory. I got a million of ’em.
END_OF_DOCUMENT_TOKEN_TO_BE_REPLACED

Barbarians At The Door

The church bell chimed ’til it rang twenty-nine times
for each second it took for her herald.
The leaflet she left I did throw on the ground
not a green way to grub for my money.

I believe that God has a plan for all of us.
I believe that plan involves me getting my own planet.
And I believe; that the current President of The Church, Thomas Monson, speaks directly to God.
I am A Mormon,
And, dang it! a Mormon just believes!

Q. Oh,  where can I go to learn about God, religion, being humble and serving the poor? (Remember: When claiming he out-gave Barack Obama, Mitt Romney referred to giving money to his church as “charitable donations.”)

A. Take this road two miles, hang a left at the oak tree, and look for the most opulent building in town. You can’t miss it. It’s the one that makes the Tower of Babel seem like child’s play. We call it a Temple. Don’t ask us how it was funded, though. Our financial records are more private than your phone calls.

This weekend, Thomas Monson, the 16th President of The Church of Jesus Christ of Latter-day Saints, had a message for his faithful flock of 15 million worldwide via the LDS General Conference in Salt Lake City, Utah. We’ve built 142 temples, he proudly said, the most recent one in Gilbert, Arizona, and there will be a modest 172 of them by the time all current construction projects are completed.

Another Mormon leader had a slightly different message for the record number of nearly 85,000 Mormon missionaries crawling around the surface of this planet. Jeffrey Holland, an official member of a select group known as the Quorum Of Twelve, called on missionaries to “defend” their faith.

Holland pointed out that missionaries should stay strong and defend their faith despite the inevitable personal abuse they will encounter. (Source: FOX News.)

Since I couldn’t make the conference this year, I guess you could call this an open letter of sorts containing an opposing point of view from the Abyss. Maybe my invitation got lost in the mail?

Tom’s Law #42
You never have to defend your religion to me if you don’t stick it in my face in the first place. In other words, please don’t put me on the receiving end of your missionary position.

END_OF_DOCUMENT_TOKEN_TO_BE_REPLACED

Hyppo and Critter: The Trumps Of Doom

Hyppo and Critter: Atheists out of America! 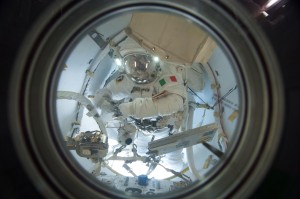 I’m in the sphincter.

Admittedly there is at least one major bummer about being an atheist. It’s a pretty big one, too. Quite simply: I’m deprived of a bunch of gods. Dammit. I guess that comes with the territory. So, in self defense, I learned to pray only to the Great Airlock.

It’s easy to see how the Great Airlock could come in handy. Alas, it never quite works out that way. The Airlock is a cruel god. But you still gotta believe, right?

I’ve pontificated about The Great Airlock in the past. In theory, He represents immutable consequences to choice and action. The origin mythology is exceedingly simple: When the button is pushed the door opens. The door cares not what is on the Other Side. The door cares not if the occupant is ready. The door opens. The results are what they are. Nothing can change that. Nothing. Not even a god.
END_OF_DOCUMENT_TOKEN_TO_BE_REPLACED