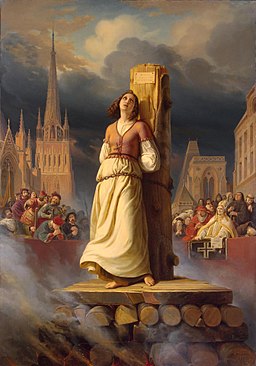 Hey there, ya filthy varmint! How the hell are you doing? Oops, I get ahead of myself.

Welcome to Tom’s Stakes. The world’s greatest stakes! The stakes have never been higher. That’s why I’m raising the stakes!

That don’t even make sense, ya idiot!

END_OF_DOCUMENT_TOKEN_TO_BE_REPLACED

Hyppo and Critter: Safety in Blunders

Cause of the Day #vote

At last, at last! It’s voting day at last! You see, I have a dream. It involves not having my intelligence insulted every single time I turn on the damn TV. I mean, more than usual.

For the United States it is voting day at last.

As early as tomorrow freedom will ring across the land as all the political ads will finally stop running. Yes, for once in my life, I’ll be happy to hear about side effects (up to and including death), how much money I won’t have in my retirement and garments specially designed for Americans and made in China so they can inhale whole containers of Ben & Jerry’s ice cream (where a pint is still 16 ounces) and finger the remote control – all at the same time!

This day brings a lot of craziness.

I’m not going to miss the ads. Let’s take a look at Measure WTF. Ostensibly this measure was brought to the ballot via the citizen initiative process. What does that mean? Most likely that paid canvassers collected the signatures. What’s that? I love the smell of democracy in the morning.

END_OF_DOCUMENT_TOKEN_TO_BE_REPLACED

This and a bucket of spit will buy you a pile of dead hair.

So yeah, there was that time I put thousands of dollars in a savings account with that “American” multinational bank. You know the one. Their logo is a red, white and blue credit card. Because nothing is more quintessentially American than, “I want it now. I’ll pay for it with credit.” Hey, let’s make our logo a credit card. That’ll show ’em what we’re really about.

And we fall for it.
END_OF_DOCUMENT_TOKEN_TO_BE_REPLACED

Once or twice a year I get up early, haul myself down to the donut shop and get something not good for me. What can I say? We all have our vices, right?

A short time ago I made the trip. Along the way, around 9:15am, I passed a tavern. Out front was a guy leaning against the building not far from the front door. It was a cold, wet, gloomy morning and an arctic 30 degrees (not counting any damn wind chill).

The man was smoking away.

Look on the bright side, I thought. At least I’m not him.

Who says I can’t have positive thoughts? Apparently all of mine come tinged with a wee bit of judgement. Perhaps that’s not ideal but I can live with. It makes the donut that much more delicious. At least I have taste buds.

As you probably know a pharmacy called CVS recently made big news by announcing they were phasing out sales of cigarettes (and other tobacco products) in their stores. Now I don’t know CVS from a hole in the ground. I’ve never been in one. I tend to avoid places like that.

Still, I welcome this bit of news. It feels like a step in the right direction to me. I actually heard something on the news about tobacco companies are hurting due to reduced sales. Is that supposed to be troubling? In the United States sales of cigarettes have reportedly dropped by 31.3 percent from 2003 to 2013.

Then there’s that other group. You know, the people on Twitter who embrace the #boycottcvs hash tag. I guess you could call them the yin to my yang.

Hang on to your hats, space cowboys. It’s time, once again, for the epic battle between good and evil. Anyone know if George Lucas is a smoker?
END_OF_DOCUMENT_TOKEN_TO_BE_REPLACED