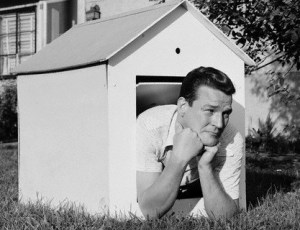 Last night my wife and I had a conversation.

Seriously. Why I’m not picking up an Oscar for best original screenplay beats the hell out of me.

END_OF_DOCUMENT_TOKEN_TO_BE_REPLACED

The restaurant industry tends to be cyclical. It’s one trend followed by another. You’re cutting edge for a while and then you’re chasing the pack. It can be a real rat race. Perhaps lemmings are involved?

Yes, I’m trying to include lots of references to rodentia. We’re talking about restaurants here. I don’t recognize sacred cows. Like always I gotta keep it classy.

There’s a trend where celebrity chefs are seen everywhere except in their own kitchens. I’m looking but not looking at you, Naomi Pomeroy. Squee. One final Beast reference.

Honey Badger, though, will have the last word. Keep reading.

END_OF_DOCUMENT_TOKEN_TO_BE_REPLACED

That’s no bar! It’s a playground!

We are required by the Department Of Redundancy Department to post this public notice: We reserve the right to redundantly repeat topic coverage as we see fit. It is no accident if this content feels familiar. Also, we repeat coverage of certain topics on purpose. It’s our way. –Ed.

Since the dawn of time philosophers have debated, “What is a bar? What is a restaurant?” Sometimes there are no easy answers. There can be a very fine line between “bar” and “restaurant.”

Mainly the presence of shitloads of filthy little varmints. That makes this issue one of no small consequence.

As always I will cover all points of view as if to give the reader an understanding of the issue. I will be fair. I will be impartial. I will be partially inebriated.

Also, as always, illumination will be provided by Wikipedia:

bar:
A bar is a retail business establishment that serves alcoholic drinks — beer, wine, liquor, and cocktails — for consumption on the premises.

restaurant:
A restaurant is a business which prepares and serves food and drink to customers in return for money …

There we were in a mystery business of some sort. Was it a “bar” or a “restaurant?” Let’s find out. It’s Litmus Test Time boys and girls!

END_OF_DOCUMENT_TOKEN_TO_BE_REPLACED

Ether you’re with me or you’re a’gin me.

So you want to swim upstream and spawn. Good for you. What business is that of mine? None, I’ll admit, unless the government decides to subsidize your reproduction of yourself with credits and tax rates and/or you ever try to bring them around me.

It turns out there’s something more trendy than microbrew, fedoras, bicycling, beards, tattoos and North Face jackets. What could it possibly be?

Oh, yeah. It’s bringing your wee young ones to restaurants or, inconceivably allowed, bars and pubs. What could possibly go wrong?

The other night my wife and I were at a BBQ trendspot in PDX. As always, any place that is half-way edible means that there will be a 45-minute wait. That’s life in the big city. But that also means we had time to be treated to the floor show.

Two women were standing around holding their drinks while three small children accompanying them ran hog wild. (It was a BBQ place, after all.) They ordered another round. Every once in a while they’d yap something at the kids which was promptly ignored, had no effect, and they returned to nursing their drinks.

Meanwhile, I wondered what it would take for a restaurant to actually ask them to leave. Maybe if they set off a small nuclear device? Maybe, I figured, but probably not.

We were seated and, of course, we were only two tables away. We watched them order two more rounds of daiquiris. Apparently they and the restaurant were teaming up for Set A Good Example night. I couldn’t help but wonder how they were all going to get home.

Earlier we went to a place on the Columbia River for happy hour but the lounge was full. We opted to sit on the deck. No doubt it was a beautiful view. On the other hand, we had to order from the dinner menu, there were no happy hour prices, and, through the lounge windows, we saw lots of wee small children. Some were sticking their tongues out at us.

END_OF_DOCUMENT_TOKEN_TO_BE_REPLACED

Living in Oregon we don’t know much about sales taxes. That basically means we’re idiots. We’d rather pay a higher income tax than allow tourism pick up a part of our tab. You know, like we do when we visit most other states. Oregonians are rabidly opposed to the concept of a sales tax, which is understandable, but it only ends up shooting us in the foot. Some would actually consider a sales tax if it was accompanied by offset of equal amount on our income taxes. Unfortunately no one trusts the politicians that much.

I have to admit, it is pretty nice to be given a receipt and pay what’s show on the receipt. Too bad all states don’t do it that way. If my bill in an Oregon restaurant is $19.73 then that’s exactly what I pay. And I tip on that amount. Simple. Easy.

Occasionally we make a kibble run across the Washington border. It’s just a hop, skip and a jump across over mighty Columbia River. We don’t do it often, though, since it is means making a cash contribution of 8.4% to our neighbors to the north when they don’t do the same thing for us.

Correction: The current sales tax in Vancouver, WA, is 8.400 percent. Isn’t it funny how sales tax are one of those things that always get calculated to that fifth digit of precision?

This morning, though, I decided to grab some breakfast in downtown Vancouver. I’ve reproduced our ticket from the meal in the image to the right. Yes, I used the Comics Sans font because the situation fucking demands it.

No tax shown? What’s up with that? Don’t they have to tell you?

Then comes the credit card receipt. Although we were told our meal was $19.73 the amount on the receipt is $21.39. What magic is this? Logic and math skills dictate that the amount of tax must have been $1.66. I can’t quite do the division in my head but that pencils out to be a tax rate of 8.4316 percent.

What the hell? Turns out the actual tax was $1.65732 so they rounded it up to the nearest penny. Voila! A higher tax rate is born. As far as I’m concerned the great State of Washington now owes me $0.00268. Can I put on a lien on their ass?

That, however, is not the point. Take a careful look at that receipt. What, exactly, is being asked of me? If one isn’t careful, one might assume that the tip is supposed to be a function of $21.39. Remember, that’s the price of the meal bloated with the added taxation.

Is this some sort of VAT situation? (Just like the food?) What’s “value added” here? Not only did you get me to offset your income taxes with my sales tax donation, but you expect me to voluntarily pay extra for the privilege? Is this a vigorish? Is some guy named Guido in the back going to break my legs if I don’t comply? Does the house always have to win?

In this particular situation I tipped 20 percent. Based on my sales volume, the difference between tipping on the pre-tax amount (or not) is only 33 cents. Either way, it’s not a big deal. But, to me, it’s the principle of the thing. I tipped 20 percent. But if my server looks at it the wrong way, she’ll be thinking it was only 18 percent.

What do you think? Do you tip based on the overall total or the pre-tax amount? Or, like me, are you simply going to shun all states with sales taxes?

Sure, you love kids, so you gleefully punched out one, two or even octo-quantities of them. (Hint: Almost as many as a nine-round ammo clip.) But then, like a baby chick a few days after Easter Sunday, they stick around and are always underfoot, demanding attention and care.

It’s not like you can make a chicken-and-egg scrambled omelet with them and viola! Problem deliciously solved! (Although an amazing number of parents do find a way to carry out filicide but that’s decidedly outside the scope of this post.)

Like the vast majority of my blog posts, it all started when I decided to set foot out of my house…

Looking for some dinner my wife and I drove into the parking lot of the divey Chinese restaurant. The lot was amazingly full. What gives? The food must be awesome here, eh?

But when we walked into the dining area, only two tables were occupied. Huh?

That’s when I slapped my head and yelled, “D’oh!” I almost forgot I live in Oregon. That’s where they have a state-run lottery and run a continuous stream of commercials urging the citizenry to go out and gamble because doing so accomplishes “good things.” (Like increasing revenue into state coffers.)

Sure, they simultaneously run anti-gambling ads but that’s only because they like a mixed-up, dazed and confused populace. Let’s blast ’em with a hot mix of pro-gambling and anti-gambling messages … at the same time, they seem to be saying whilst rubbing their hands together in glee. That’ll learn ’em a lesson!

Indeed. What’s not good for the individual is apparently good for the state.
END_OF_DOCUMENT_TOKEN_TO_BE_REPLACED

The point is, I love me a mean Mongolian BBQ.
END_OF_DOCUMENT_TOKEN_TO_BE_REPLACED