I’m One In A Million 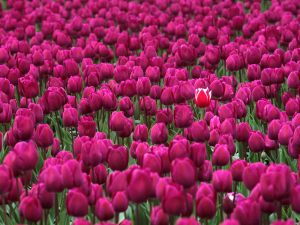 “What is the nature of existence?” no one asked me.

Imagine being born into a society. Congratulations! You were the sperm that won. (Unless the fertilization process was technologically interfered with and/or took place inside of a test tube. In that case, here’s your “participant” ribbon.)

For most of thus that’s exactly what happened. We came into existence and then, presumably sometime later, we attained some sort of consciousness. And without knowing what we were doing we began to absorb. Mostly from the idiots who surrounded us.

Wake Me Up Before I Go-Go

Death At A Funeral

This post thoughtfully combines two exciting topics into one. Think of it like a Reese’s Peanut Butter Cup full o’ love. I hate peanut butter. Why ruin it with chocolate? But I digress.

I’ve always wanted to plan my own wake. I just haven’t gotten around to it yet. And this weekend I walked out on a funeral. Is there a way I can merge these ideas in a single blogging experience? 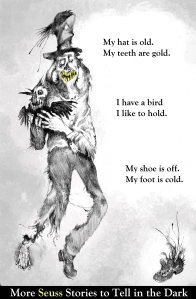 An asshole once said to me, “What difference does it make if people have health insurance or not? The probability of dying is 100 percent.”

This is an example of taking a truth and expanding it into something really stupid.

I replied, of course, “The difference is what kind of life will it be? A life of enrichment, helping people, challenging goals, accomplishments and experiences of pleasure? Or a life of pain? I think it matters, at least to the people involved.”

Wikipedia says the “cultural generations” of western society have progressed like this:

I know I normally remain anonymous, but I am now willing to share this much about myself: I’m from one of those generations.

Meanwhile, researchers at Harvard announced results of a study last Monday that said, in so many words: We really get off on talking about ourselves.

We start with a case study of a subject from the Baby Boom Generation:

The boss’ wife thinks it is important that she and her husband (my boss) go for a walk every day. She has several valid reasons for her desire to walk together but I think one of them is that she also wants a little payback for the douchebag structuring his life so as to spend as little time with her and the rest of his family as possible.

Each day she calls to arrange with him the time when they will walk together. She shows up at the office on time. He then makes her wait. The other day she waited 90 minutes before he was finally not “busy” enough that the office could spare him for an hour.

Recently she stopped by and asked him, “So where would you like to walk today?” He responded non-verbally by getting up from his chair, walking across the room, going in the restroom and shutting the door. (I’d call this douchebaggery but I’ve got my researcher hat on now so I have to stay all scientific and shit with my analysis.)

When he exited the restroom, she asked him again, “So where would you like to go walking today?”

He still didn’t respond. He walked across the room, joined her near the front door, then, as they were preparing to exit, he noticed the mail table covered with outgoing shipments.

He then exclaimed – and this is an exact quote preserved for posterity: “Hey, look! Boxes!“

I'm thankful people invent things like this. Now we can enjoy a hot cup of coffee and punch someone out at the same time. We have truly achieved multitasking!

Thanksgiving to me is, methinks, a bit like kryptonite to Superman. Give thanks? For this? Yeah, right! How about I punch you in the throat? Thanksgiving must be the ultimate Throat Punch Thursday. Why else would it always been on the same day of the week?

Once I was hanging out with some of the guys at work (a long time ago) and one of them was examining the calendar. All of the sudden he exclaimed, “Hey! Look! Thanksgiving is on a Thursday this year.” Indeed? Now here’s your punch. WHAM!
END_OF_DOCUMENT_TOKEN_TO_BE_REPLACED