Lost works of Dr. Seuss have been popping up madly. I searched my attic and found one about neighbors acting badly. I don’t own the rights so I won’t be a millionaire. But on my blog under “fair use” claims I figured I would share.

The Butthole Battle Book – Death to a Neighbor

END_OF_DOCUMENT_TOKEN_TO_BE_REPLACED 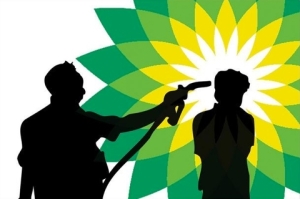 Sadly, binary is not a workable template for real world problems. Most things are just not that simple. They don’t fit neat and tidy in the binary box. Oh, how I wish they would.

Drive drunk? I feel that should be classified as “attempted murder.” Society, as usual, doesn’t agree with me. “No jail time for killing four pedestrians while driving with a BAC three times over the legal limit and not even old enough to drink.” That wee bit of difference of opinion on punishment makes me an outlier, I guess. Of course, that’s an extreme example, yet to my way of thinking, punishment in even garden variety DUII cases falls woefully short.

Cheat on your spouse? That should also be “attempted murder.” It’s all so simple to me. Pick up a deadly disease, bring it to your marital bed, and pay it forward with a potential disease that could theoretically kill the person who trusts you the most. There should be serious punishment for that. Far too often the only real punishment is going back to your regular life like nothing ever happened. Not much of a deterrent, eh?

In brief, my point is that without certain and meaningful consequence there is absolutely no limit on behavior. Period.

I believe a certain percentage of people just don’t give a shit. Perhaps they are motivated by drug addiction. Perhaps they are psychopaths and/or sociopaths and it’s what they do. Maybe they were brought into the world and damaged beyond repair by parents, environment and random events. Whatever the reason, it makes little difference in the end. The outcomes are similar. The themes of destruction and causing harm are remarkably consistent.

We tend to expect it from these folks. No big surprises there.

What about the rest of us? We’re good, right?

Hold on. Let’s not be too hasty.
END_OF_DOCUMENT_TOKEN_TO_BE_REPLACED

Won’t you be my asshole neighbor?

For about a month now this piece of asshole flotsam has been welcoming visitors to my neighborhood.
END_OF_DOCUMENT_TOKEN_TO_BE_REPLACED

This is what the front of the neighbor's house looked like for most of the last 12 months.

Thank you, thank you, thank you so much! You love me, you really love me. I want to thank the universe for this incredible gift. I never thought this could happen to me. And there are so many others I want to thank. Thank you to the homeowner’s association, my landlord, and of course my wife for standing by me during the dark times. It was a struggle. And, I have to thank the neighbors. Without them none of this would have been possible. Everyone, please remember. Dreams can come true!

I may never win an Oscar, but who cares? I’ve already received a gift much more precious. As far as I can tell my work on this planet is now done.

What can I say about my neighbors that hasn’t already been said? Of course they are dim. They are obnoxious as hell. There were eight people living in that house, most of them not even on the lease, and a dog they never told the landlord about. (The dog was famous for poop in the backyard, which, of course, they never picked up.) They routinely paid their rent 20 days late. The man of the house was on “disability” leave from work (he fell down stairs on the job) but partied his ass off every single night. The place was busier than Grand Central Station with umpteen cars parked out on our narrow street 24/7 and people living in the driveway. That was their hangout where they’d drink, smoke, ignore their kids and eyeball us every time we went in and out of our house.

We knew their days were numbered but my brain never fully accepted that this day might come. Well, it actually happened.

The neighbors have moved out! 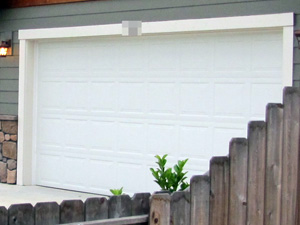 The view of the neighbor's house this morning. So that is what their garage door looks like!

However, they didn’t exactly go gently into that good night. I guess they couldn’t help but leave some spore behind as proof that they once existed here.

When I walked out on my driveway this morning, the garage area was naturally the first thing I examined. Miraculously the door was closed! I didn’t even know it could do that. The second thing I noticed was there were no cars! Not in the driveway and not on the curb. Wow. How extremely odd.

I did notice their trash cans were still out on the curb, though. Those poor abused cans had already been through so much, being stuffed overflowing week after week. Garbage pickup was yesterday morning so they should have been put away by now. And the neighbors were in their driveway last night so they could have taken care of that. Apparently they opted to leave them out. After all, why should they have to bother with them when they can be made to be someone else’s problem?

As as expert tracker (and a trapper) I looked for other signs of neighbor spore. I noticed they left the outside lights on. Nice. And for bonus points one of the bulbs was burned out. Double nice. I guess that will be the landlady’s problem.

What was that? Something on the roof caught my eye. I moved in closer to take a look. It was some sort of toy they left behind. Nice. Again, someone else’s problem now.

While there I noticed the front yard. The lawn was left in terrible condition. Big divots of wasteland left behind in a sea of yellowish dying grass. Nice.

I couldn’t resist taking a few photographs of what the house looks like empty. In my old age I’ll never ever need Viagra. I’ll just pull those suckers out to get in the mood…

This is where the neighbors live - in camping chairs in their driveway. They call it the Smoking Room.

Most people don’t have the luxury of choosing their neighbors. I’m no exception so I have douchebags next door.

I happen to live in a newer subdivision so wisely allowed by our city leaders. You might know the type. The single family dwelling lot sizes are smaller than the square footage in some people’s houses. (At under 5,000 sq. ft. I like to call them “postage stamps.”) The street is about three car-widths across and parking is allowed on both sides. (Yes, that means the street essentially becomes “one-way” when cars are parked on both sides.) And the houses are literally about 15′ apart. (I call this “Santa Claus development” because he could theoretically land and simply hop from rooftop to rooftop.) These houses pretty much don’t have luxury items like yards. Lastly, you can park two cars in the “two car” garage unless you do something stupid like put a box in the garage, then you can only fit one car.

As you might imagine, having asshole neighbors in a community like this bites the big one. Of course the worst neighbors in the entire development are located next to yours truly. It’s kind of funny how things work out like that.

I’m sure the landlord thought she was getting a good tenant. The man is a manager at one of the local banks. She probably liked the sound of that. It has the ring of responsibility to it, eh?

Let’s briefly recap some of what I might have shared about them before in a post entitled The neighbors days are numbered :

Like I said, however, the neighbors days are apparently numbered. I say “apparently” because even though the landlady has told them their lease will not be renewed (praise God!) I’m still not convinced they’ll actually leave. They seem like the sort to stick around and force physical eviction. My motto is “expect the worst and you won’t be surprised.”

Even though we are miserable next to them, we never complained to the landlord who happens to rent both houses.

So yeah, the landlady wants them gone and it has nothing to do with us. Sometimes good things can happen to good people. (I’m talking about me.)

We’ve learned a few extra tidbits about these people since I last wrote:

The assholes are back and picked right back up on their douchebaggery without missing a beat. It’s business as usual next door — but only for 21 more days. They have to be out by the end of the month!

Of course I’m expecting nothing less than bigger douchebags to move in and replace them at that time, but who knows? I just might get surprised.