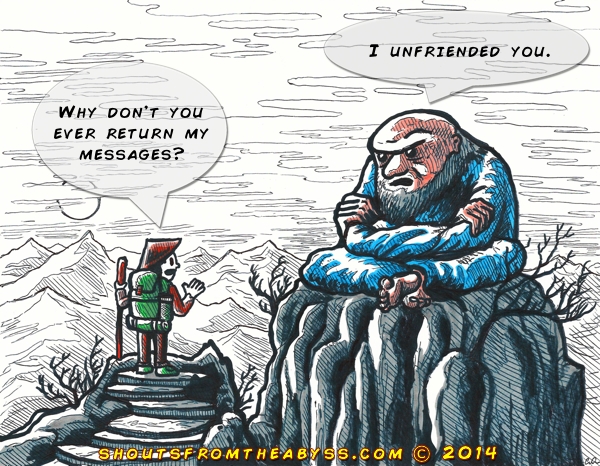 Come On Be Happy

Drink this shit, you idiot!

Remember when I told you about the inventive advertising process of mascotization? That’s where you take your product and turn it into a “character” to appear in your ad campaigns. This is done by adding cartoonish facial features, the magic of animation and cutsey voice overs. I originally introduced this idea in a post entitled “Human spam at home and on the road” back in May of 2010.

If your product is a wrench, you draw a face on it and animate. Voila! Instant mascot. And so creative, too. This is important because it’s an opportunity to show your customers your inventive genius from which, they can infer, you’re a great business person with a great product.

In the four years since, this process has continued. And how.
END_OF_DOCUMENT_TOKEN_TO_BE_REPLACED

Blogger’s Message: The Cheer In Review

Artist’s rendition of my smile.

I am happy. I am elated. I am full of good cheer.

Yes, it has been a banner year for negativity. The future is so bright I have to wear shades. Just make sure the lenses are made out of lead to stop the radiation.

To my apprentice, let me say this: Make no mistake, I need another trenta caramel frappuccino with whipped cream. Go get me one.

In short, there’s good news on every possible horizon. Hyppo and Critter have made up and are getting along famously. The Guru on the top of the mountain is only giving out good advice. Our son has outgrown his gerbil phase and is treating us decently. Hell, I’ve even forgiven my #boss and we kissed and made up. There is no pain. I am not crying.

END_OF_DOCUMENT_TOKEN_TO_BE_REPLACED

Our scientists have identified three distinct phases of Christmas: Before, During and After.

We all know about The Before. This is the land of advent calendars, interminable waiting, day-based countdowns and dropping hints. Not much else of interest here.

The During, of course, is sublime. This is what it’s all about. Ripping open presents and experiencing that fleeting moment of glee. This phase usually lasts less than 20 minutes.

So, what’s left? Just The After. This is where boredom sets in. Shiny objects have a luster half-life akin to that of beryllium-8 aka 81.9 seconds. This is also the domain of “only 364 days until next Christmas” and “you’re already late on buying Valentine’s Day candy.”

There is, however, one saving grace of The After. I’m talking about, of course, snubbery, snobbery and bragissimo. Let’s compare our gifts!
END_OF_DOCUMENT_TOKEN_TO_BE_REPLACED

So this is Christmas 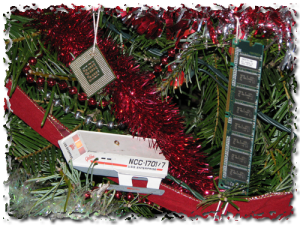 Ah. Christmas morning. Most of the drama and family fights are now officially in the books so it’s a nice, quiet foggy morning (no snow) to pause and reflect about what it all really means.

Scratch that. I’ve got a blog to run!

I thought I’d engage Ghost Protocol and revisit some blogs of Christmas past. What’s my Abyss trend on this particular day of the year?

Last year, on Christmas 2012, I went freestyle and blathered about what it means to be offended. Obviously I was thinking the big thoughts. For me, that pretty much covers any thought that isn’t, “Hey, look. A tweet!” Long story short, the post was about my boss. Surprise.

Digging deep, I pulled up the post from Christmas 2011. This one was about road rage, cigarettes thrown out of car windows by thoughtless drivers, my wife flipping the bird at some teens, and a flashback about some miscreants throwing a burger at my car. Good times!

For Christmas 2010 things went slightly against the grain. For that was the year I published the headline, “Tom B. Taker dies in helicopter accident.” It ran with a photograph of my new remote control helicopter crashed on the roof of the house. Boy, was my wife mad. It turned out to be one of my most visited posts ever. What, I wonder, should I infer from that?

Finally, all the way back on Christmas 2009, I posted the heartwarming Christmas tale that I called, “How does a rat get in your toilet?”

I couldn’t find any Christmas day posts published on my blog before 2009. Apparently, before then, I was a bit more normal.

My point is that by studying my post history on previous Christmas days, I hope it is clear like a shining beacon of light for all to see the humility, reverence and grace with which I have approached this most important day.

I hope yours is a good one!

Demotivational Message of the Day