Our new People Being People segment

More stuff ripped from the headlines. I’m only too happy to pass it along. -Ed.

This story has me “hopping” mad. Get it?

For at least the last five years, beer sold at CenturyLink Arena in Boise, Idaho, came in two sizes: A short, wide cup called “small” and a tall narrow cup called “large.” This year a small cup of beer cost $4 and a large was $7.

Sounds reasonable. What could possibly be the problem? It turns out that both cups contained the exact same amount of liquid. Say it isn’t so!

The responsible party, Block 22 LLC, feigned ignorance. Of course. A company spokesperson claimed that 16-ounce and 20-ounce cups had been ordered and that they never meant to mislead customers.

Question: Over the course of five-years why did no one at the company ever notice that profits on beer were approx. 50 percent higher than expected? Maybe they were siphoning that extra beer and drinking it at work?

Editorial: I’m calling on everyone to boycott CenturyLink in every possible way. After all, it’s their name on the stadium. That makes them the bad guy. They’re in bed on this one. I’ll lead the way by extending indefinitely my personal boycott against these kegger bootleggers.

Addendum: “CenturyLink Arena has responded with an official press release, they have acknowledged the problem and have increased the large cup to 24oz at the same price for the rest of the season.”

What’s Worse Than An Asshole? A Hypocrite Asshole

You may have heard about the case of the grumpy old man at the movie theater who shot a guy because he was texting? Yes, in the Great State of Florida. The victim, a 43-year-old man, was reportedly texting his daughter’s babysitter during the movie previews when the 71-one-year old grumpy old man (and former cop) fatally shot him a single time in the chest.

It is now being reported that moments before the incident, the alleged shooter (and non-alleged asshole) did a bit of texting himself. According to a statement from the shooter’s own son, a text was sent by the shooter confirming that he and his wife had already arrived in their seats for a screening of the movie Lone Survivor. The shooter’s son texted he was running late, received the text from his dad, then walked into the theater just as the shooting took place.

And now our continuing coverage of The Biebalypse…

Are we Dunn yet? 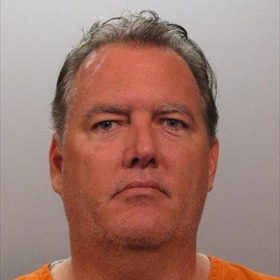 In the Netflix original series Orange Is The New Black a nun is in Danbury Correctional Facility because she chained herself to a flagpole at a nuclear test site. That’s fiction.

The character is actually based on a real life nun who was convicted of cutting a government-owned chain link fence at a Colorado missile silo, then using baby bottles filled with her own blood to draw a cross in protest. For this non-violent property damage offense she served more than two years at Danbury and an additional three years of probation. (See Common Dreams.)

Meanwhile, in 2013, a 16-year-old rich kid gets in his dada’s F-350 pickup, loads it up with seven of his friends, steals two cases of beer from a convenience store, drives 70 mph in a 40 mph zone with three times the adult legal limit BAC and Valium in his system. He causes an accident that claims the lives of four pedestrians on the side of the road. As we all know by now, the driver, Ethan Couch, received no jail time for his actions.

In 1978, Dan White murdered in cold blood Harvey Milk and the George Moscone, Mayor of San Francisco. The mayor he shot at close range in his office, hitting him in the shoulder, chest, and twice in the head. He then reloaded while walking down the hall and shot Milk five times, again at close range. The final two shots to the head came with the gun pressed against Milk’s skull.

Justice is decidedly not a dish that is meted out evenly.

Now I’m thinking about the Michael Dunn case which currently rests in the hands of the jury.
END_OF_DOCUMENT_TOKEN_TO_BE_REPLACED 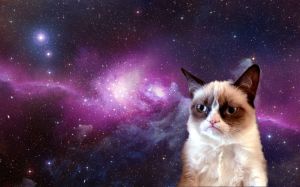 The Zimmerman case finally got me. It jumped me from behind. And that’s a fact*.

Suddenly the internet reached out and grabbed my stomach and twisted it up in knots. Yup, yup. It’s that old time feelin’ I thought I’d left behind. If I was packing heat (concealed or otherwise) I’d likely have squeezed off a few rounds because I decidedly felt “threatened.”

You know the feeling. That moment when an internet discussion and/or debate turns ugly. No longer is it about the issue at hand. It turns into a nasty round of insults, personal attacks and spates of unfriending. That sort of drama leaves me unsettled and upset, often going back to a discussion and pounding “refresh” just to review the replies. I though that sort of thing was behind me, but Zimmerman tells me it is not.

I know I’m supposed to keep politics and religion away from Facebook. I had predicted that because of fucked up laws and a no-win scenario George Zimmerman would be found not guilty. Then, Saturday, it actually happened. I hate being right.
END_OF_DOCUMENT_TOKEN_TO_BE_REPLACED

How to Kill People

I normally love the men and women of law enforcement. (Seriously.) So when they speak and try to tell us something important, personally I feel we should listen.
END_OF_DOCUMENT_TOKEN_TO_BE_REPLACED

Just the facts. Gimme the case file and let me go all Mentalist on it and shit. Here goes.

The road is a lover
You never recover
Not now or any time soon
My head starts to spin
When I think where I’ve been
Playin’ twin to an old fiddle tune, oh
As the wind chases after the moon

—The Road is a Lover, Alison Krauss and Union Station

“Okay, look. This can go the easy way or this can go the hard way. You’re standing over a kid who has just been shot and killed. You’re holding a gun. Our keen powers of observation tell us the kid was armed only with Skittles and a bottle of iced tea. Tell us what happened or this will go very badly for you. We may have to take you downtown.”
END_OF_DOCUMENT_TOKEN_TO_BE_REPLACED