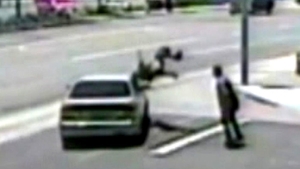 An otherwise beautiful young person stood in court handcuffed and wearing an orange jump suit. Tearfully they addressed the court.

“I’m sorry for what I did,” they sobbed. “Fleeing the scene of the accident is the biggest mistake of my life.”

I do not doubt the sincerity. The young person was just sentenced to more than three years in prison. Also a mother, the woman was losing her son. I do, however, doubt the judgment. I doubt the assessment that the decision to run was the mistake. Sadly it was only the tip of a titanic-sized iceberg and wasn’t the first or last lapse of judgement on her part.

Where did things go awry? It was hours before the accident when a totally sober person made the decision to embark on an evening of drink with no thought process to address simple questions like, “How will I get myself home?”

The person who made that decision, although fully conscious, uncompromised and presumably rational, didn’t stop to consider the possibility of fateful events. Such planning didn’t rise to the level of being important. There was fun to be had.

Of course, we all know decision-making skills hit the toilet as soon as strong drink hits the gullet. That’s the way it works. No big surprise there. That’s why it’s prudent to make such important decisions and plans well before the alcohol begins to flow.

The record shows the young person didn’t exercise much care when it came to driving.  Her driver’s license had been suspended at least four times since 2009. She had at least 12 convictions on traffic offenses (none DUII related) since 2007. Offenses included speeding, not wearing a seat belt, driving with a suspended license, and use of a cell phone while driving.

Without a plan and legally intoxicated, the decision was made. The young person would operate a motor vehicle while drunk. It would be a fateful night.

Meanwhile, not too far away, a bicyclist had a flat tire. In the dark and on the side of the road, he was then hit from behind by the drunk driver. He was sent to the hospital ICU unit. He suffered several broken bones, including both legs, a ruptured spleen and other minor injuries.

The driver did not stop. She did not render assistance to her victim. Her alcohol-addled brain deduced (rightfully so) that she’d get in trouble. It was her choice to flee. Apparently what she was unable to deduce was that her very best option at that moment was to do the right thing. And that was something her hobbled mind was unable to fathom.

It didn’t end there, though.

Later, once she was sober and presumably had her normal decision-making abilities restored, her next move was to take her car to a body shop in a calculated attempt to conceal what she had done. Luckily someone tipped off police and, finally, once she was left with no other recourse, she made a decision to take responsibility and turn herself in. It was a long time coming and had little meaning by then.

Once again, I conclude things like this come down to a lack of empathy and an inability to reason consequences for our own actions. Young people, it seems to me, are especially prone to this of late. The news reports are rife with hit-and-run cases. It almost feels like hit-and-run is now standard procedure rather than an aberration.

In this case, in addition to jail, the judge also suspended her driver’s license for five years. That feels woefully insignificant to me. Without significant consequences, behavior will not change. She should have lost her driving privileges for life. Not merely because she drove drunk but because of all the choices she made.

Prison isn’t exactly known as a system that churns out improved persons. So, apparently, our future has the possibility of this woman back behind the wheel. I do not like the thought of that. 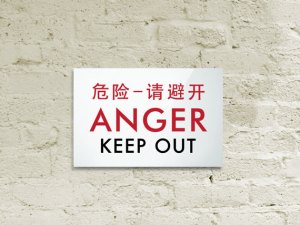 Once every lifetime or so I am granted the gift of insight. There’s a flash of light and suddenly I know something. The words that immediately follow the flash are generally pithy and pregnant with deep meaning.

You can quote me on that.

Something like this happened to me the other day. And, my lords and ladies, it happened whilst my castle was under siege. It was a very trebuchet experience. I shall regale you with the tale anon.
END_OF_DOCUMENT_TOKEN_TO_BE_REPLACED

RATM – Bullet to the Head

This is a (mostly) wordless New Year’s Eve edition of Termination Tuesday.

I’ve made no bones about the fact that I find shooting guns – especially randomly and up in the air – an extremely ill-conceived method of celebrating something as inane as a number changing on a man-made calendar.
END_OF_DOCUMENT_TOKEN_TO_BE_REPLACED 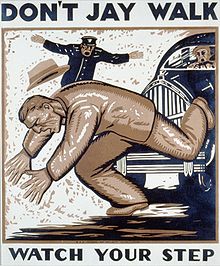 Ah. Another piece of evidence that we are officially becoming The Asshole Society.

The Asshole Society requires two basic ingredients. First, the believe that a person can do anything they want just because they want it. (Like park in a fire lane, drive aggressively, lie, cheat, steal, and even jaywalk.) Second, that when the first rule doesn’t work out, absolutely never should responsibility be taken.

And, unbelievably, I’m stunned to hear that actually police officers are enforcing pedestrian laws. Somebody pinch me. That simply can’t be true!

When a police officer tells you do so something, you do it. Especially when you are in the act of breaking the law.

Jaywalking is irrelevant here. This is another one of those world famous misleading headlines. What is seen in the video is an officer attempting to enforce the law then encountering a pretty severe case of resisting arrest. The woman pushes the officer, fails to follow instructions, and struggles fiercely to get away. Her actions were illegal and put the officer at risk.

Jaywalking is usually considered an infraction or a misdemeanor. Resting arrest, however, may be a felony. That is exactly what I hope she gets charged with.

A snippet of conversation from the video:

Cop: You are under arrest!
Suspect [yelling]: Get the fuck off of me!

A few years back I got a ticket for going 70 mph on a section of highway where the speed limit was 55 mph. I was the only car on the road as far as the eye could see and the cop felt I was a problem worth fixing. Did I agree with that? Not exactly. But I was breaking the law. Was I happy I was pulled over? No. Did the cop have any personality at all? No. But what I did do was everything I could to make the cop’s job easier. I kept my hands visible on the steering wheel at all times, I did not move, I did not get out of the car, and I obeyed every instruction he gave me. He even listened to my story but didn’t buy it. A few minutes later it was all over, without incident, and I was on my merry way. I paid my ticket and that chapter was closed. I took responsibility for my actions.

The minute that woman actively resisted the copy she became, in my opinion, a felon. No doubt she’ll get away with what she did to that copy because of the video and the publicity. That makes me sad and angry.

The president of the Seattle Police Officers Guild has spoken about the incident:

Rich O’Neil told KCPQ-TV that punching her in the face was an appropriate use of force as the officer struggled with two women and a crowd formed. O’Neil says it’s wrong to call the punch police brutality or racist.

I agree. But not everyone does. Some are saying the incident is reminiscent of other videos that show police brutality. All this cop did was try to do the handcuffs on his suspect that he had placed under arrest.

It is sad that an asshole has jeopardized the career of this police officer.