Delta, Science and The Bible

I believe that The Bible is incomplete. Each and every book should have ended with the sentence: “Well played, God. Welllll played.”

I speak from experience since I believe the point of my life has been to add a new chapter. Hint: It’ll be called The Book of Tom and it’ll be inserted right after Job. Howdy, neighbor!

Yesterday I had yakisoba noodles with chicken for lunch. I ate less than I wanted because I was saving it. For today.

I now read from the Book of Tom:

Tom’s Law #42
Look forward to something and you’ll get exactly what you deserve.

I was really looking forward to lunch today. I think we all know this isn’t going to turn out well. Let us prey.

END_OF_DOCUMENT_TOKEN_TO_BE_REPLACED 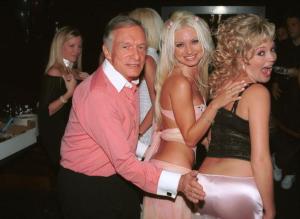 What a mean dad!

For a long time I’ve said that parents are the worst people to have children. That much seemed obvious. But the burning question remained. Why?

I was pondering the current state of the National Football League (NFL) when it hit me. On second thought, perhaps “hit me” isn’t the best turn of phrase in conjunction with the NFL these days.

First there was the Ray Rice video where he punched his then-fiancée in the face. That shined a stark light on the issue of domestic violence within the league. The video hasn’t changed the reality of what has always been a very serious matter but now, thanks to the virality of the video, the issue is finally being taken more seriously.

News media took the ball and ran with it. The journalists scurried to look under rocks and ask probing questions like, “Who else might be doing stuff like this?”

With the NFL under a microscope suddenly all bets were off. I’m not sure how but the next big thing in NFL umbrage was the Adrian Peterson who was arrested for child abuse after “whooping” his four-year-old son using a “switch.”
END_OF_DOCUMENT_TOKEN_TO_BE_REPLACED 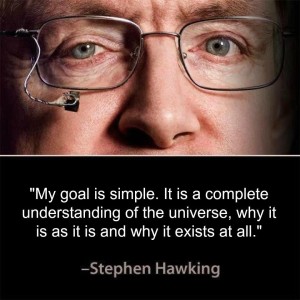 Sung to the tune of Old Toy Trains:

A theory from a man
Messin’ with your head
Little fool, can you even know
If you are alive or dead

The wife is out of town so I finally got to watch some Stephen Hawking on Netflix. (Sorry, Northern Exposure. You’re officially on hiatus.) I promptly wrote the song above. Thanks a lot, Steve.

Actually, without even knowing it, I twixed the mind master of disaster a long time ago. You see, I’ve long had this theory of my own.

In my version, I am the only person who really exists. An evil all-powerful genius creates a bubble of reality, with me at the center, that follows me around no matter where I go. Places, things and yes, even people, are all illusions created to torment my existence. Apparently the meaning of life is to torture me, the humble innocent. The most probable explanation is that He’s writing a sequel to the Book of Job.

If my theory is true, that means I’m talking to myself right now. Touché, touché!

The point of the brain in a vat thought experiment is that the theory can’t be disproven, therefore, it’s possible. I like to think probable. It also shows that scientists will gleefully rip from the inventive world of Hollywood for their own selfish means. Isn’t there some way to protect us from the scientists?

Let Them Not Eat Cake

“I don’t know. Has it been vetted? I only eat straight cake, motherfucker. That’s how they get you.”

If you grow up, though, then you’re on your own. Jesus has got places to go and things to do. He has a very full schedule.

This post is about three bakeries (and probably more) that are in the business of making, among other things, wedding cakes, but have policies against providing their cakes to weddings for gay couples.

Those bakers have gotten their batter in a bother. Yes, the sacred art of stirring flour, sugar and eggs must be defended. No matter the cost. This is jihad.

OK, I’ll bite. This will be my attempt to leaven things up with a dash of reason. As always my two bits are the icing on the cake.

For dessert I’ll be serving delicious Bread of Shame, so bring your appetite! I’m generously offering to slice off little pats of my anger to be used as a topping. I’m currently off dairy.
END_OF_DOCUMENT_TOKEN_TO_BE_REPLACED 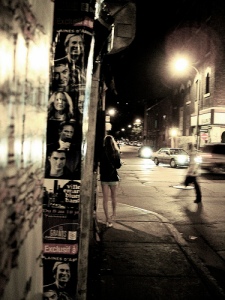 You didn’t walk on by this post? You pervert.

So, yeah, Hal David recently passed away. It was on Sept. 1, 2012. I was on another WordPress blog and they were discussing his passing and that he had written many hit songs with Burt Bacharach including Walk On By. I added to the discussion and said that I was pretty sure I had mentioned that particular song on my blog in the past.

It turns out I was wrong. There are apparently at least two different songs that share that same name. Who knew? And I was remembering the other one. Of course.

You know the one, right? It was co-written by Tiger Woods, Bill Clinton, Brett Favre, and Anthony Weiner, et al. It’s a romantic little ditty about a fellow walking down the street with his new girl. Along the way he spies his former lover that he’s still in love with and he gets a touching idea. Why not have his cake and eat it, too? Keep it a secret, but give the old flame the signal that his fire still burns. In other words, he’s ready for a little nookie on the side.

Sometimes something flashes across your computer screen and you instantly become so livid that whatever was in the hopper for today’s blog post gets flushed down the toilet.

This is one of those times.

“Feckless Friday” is getting preempted this week. Say hello to “Fucking Rage” instead.

I’ve always said that there is a certain kind of person who should never have children. Those people are called, of course: Parents.

You have to take a test and obtain a license to operate a motor vehicle. Or to be a hairdresser (in most states). But want to pump out offspring? No problem. Have at it. Any idiot is allowed to do so. And that is the problem.

Dallas Boy Dies After Parents Deprive Him Of Water For 5 Days http://t.co/qiRGNYL via @huffingtonpost

What the hell is going on in the world lately? Let’s recap.

Yes, children sometimes get murdered. Sometimes even by their parents. Sadly this sort of thing is not that uncommon. But there is something else that has been popping up on the radar more that its fair share recently. And that is the death of children at the hands of people who are attempting to “punish” a child.

People deciding upon strange and bizarre punishments who have absolutely no parenting skills or common sense? Lovely.

Back in July 2011 a 10-year-old girl was found dead in a trunk. Police believe she was punished by the family members that were her caretakers for taking a popsicle without permission. Police believe that she was locked in the truck as punishment by her grandmother, aunt and two cousins. Police also believe that prior to her death she was routinely subjected to abuse based on witness statements including being forced to eat dog feces. (Source.)

When I used Google to research this story, I was amazed to discover it wasn’t the only story about eating dog feces as punishment out there.

Witnesses reported to the Police that Holloway used to tie the two girls to a bed without food or water, forcing them to eat toilet tissue with dog feces on it, and making the youngest sleep in a in a portable dog carrier.

Then there was the Alaska mom who forced her son to eat hot sauce and take a cold shower because he lied about an incident at school. Can you feel the love? She was convicted of misdemeanor child abuse, fined $2,500, a suspended 180-day sentence, and three years of probation. (Source.) She tried for a year to get on the Dr. Phil show, and producers responded by asking her to video tape the abuse. Why aren’t they in jail, too?

And, last but not least, let’s bring the Bible into it, shall we?

In this story, a husband and wife beat a seven-year-old to death with plastic tubing over a period of several hours. Over what? Mispronouncing a word. The couple told police they were following the teachings of a book put out by a Christian fundamentalist group that promotes corporal punishment as a method of training children to be obedient. (Source.)

If you don’t know the names, Kevin and Elizabeth Schatz, Lydia Schatz, or Michael Pearl’s book, To Train Up A Child,  you should. Kevin and Elizabeth are the names of two parents convicted, respectively, of murder and manslaughter in the case of their 7 year-old daughter Lydia. Pearl is the self-proclaimed minister/author of a book which teaches the biblical foundation and moral virtue of hitting kids. We need to know their names because they are part of real problem – the problem of sacralizing child abuse, of beating children as a religious act. (Source.)

This is another case where attempting to research in Google resulted in finding several other cases. This sort of thing apparently is more common.

Dog feces, hot sauce, beatings, locked in cages, chained to beds, withholding water, and much much more, I’m sure. And never do the perpetrators face punishment equal to the crime. I guess this is just a bit more evidence why I don’t believe that bullshit about children choosing their parents.