In Brevity: Some Enchanted iTunes Evening 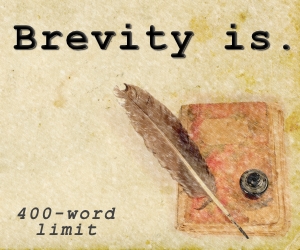 It goes like this: “You give me money and I’ll give you ABC.”

Rarely, however, does ABC live up to the hype. Rarely is it even a dim shadow of what you were led to believe. This is the essence of the art of selling: Always Be Cheating.

Even better is when they say: “Give us money and we’ll give you something we can’t be bothered to define.” That’s when they cackle with glee. You don’t even get the false promises and lies.

It was a special occasion. Everything had to be perfect. The table had been set with care and dinner would be ready soon. Tom dimmed the lights to set the mood.

Using his Apple remote and his Apple TV, he activated the home theater system and selected some music from “Purchased” in iTunes. Magically the lush sounds of Coldplay filled the living room from the pair of Klipsch speakers he’d acquired at Goodwill.

After five-seconds of playback, though, there was an annoying pause in the music. This happened every time. Like always, Tom was angry but he let it go. He had a schedule to keep.

The evening went pretty well. But every once in a while the music would just stop. After turning on the TV, the menu would just be sitting there. No explanation or error was offered.

Glitchy playback and music that stopped inexplicably several times in a single session. That is what Tom had gained with his money. And Apple didn’t even remotely give a shit.

Eventually this happened one time too many. His date threw a glass of re-labeled bourbon in his face, yelled “amateur,” and stormed out.

In frustration Tom hit play on The Martian and licked bourbon from the floor while watching the “loading” animation the rest of the night.

Researching this post, I found iTunes on the official Apple website. Apple makes lofty claims that iTunes is the “best way” to “enjoy the music” where you can use their “iTunes Store to build a personal music library” that’s “just a tap away.”

I can’t help but notice they never promised it wouldn’t be glitchy or pause all the time. They left that part out. Clever bastards.

Welcome to the wonderful world of modern technology. A world where nothing ever seems to work quite as well as you were led to believe. Opt me in.