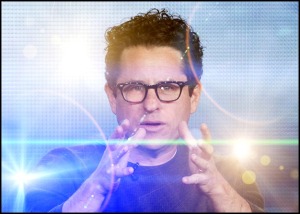 “Basically there’s going to be two Death Stars,” Abrams said. “They symbolically represent your testicles which will be snipped by the end of the film.”

Warning: I am about to bitch about Star Wars. This in no way should be construed as an inference I will not see the film. Of course I’m going to see the bloody film. They can shit on a plate and call it steak jarjare for all I care and I’m going to lap it up. I have as much chance of boycotting the film as a heroine addict has of telling his supplier to go to Hell. Even with Disney at the helm fairy tales do have their limits.

“Always two there are. A filmmaker and a sucker.” I’d be the latter.

Here’s my $42. Take it. I feel pathetic enough. You don’t have to rub it in. Just let me in and soon I’ll feel dirtier than Luke Skywalker in a trash compactor scene. I’m pathetic. I’m scum. No, scratch that. I’m rebel scum. I’m lower than a Denebian tick on a swamp rat on Degobah.

And now for the proactive bitching:

The odds against the next movie being good are …

That’s enough for now. I’m sure I’ll think of more things I hate after I actually see the movie.