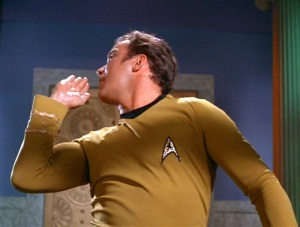 And now, on a more personal note, I’d like for you to taste my heart.

There are many definitions, perhaps, to be found on the internet for “nerd rage” but this one is mine:

violent, uncontrollable anger, usually in response to electrically-powered modernized technology: in a terrible fit of nerd rage she smashed the DVD player to pieces.

Our DVD player had been giving us fits. It was so sensitive. Checking out TV shows from the library would result in marathon sessions of watching pixelated squares dance across the screen and/or chewing, grinding noises emanating from the DVD unit that delighted and entertained the cat.

Operating on the theory that, perhaps, our 15-year-old player didn’t offer the latest in playback technology, I dragged my ass into the nearest Best Buy to go shopping.

My trusty old DVD player had served me well. I bought it for $40 at Walmart the day after my divorce. I was sitting on the floor of an empty apartment with no sofa, no dining room table, no DVD player, and not a hell of a lot to do.

Who knew that thing would last 15 years?

Increasingly, though, it has stubbornly refused to play discs we borrowed from the library. At first I blamed it on the boogers, like I always do, but then I had this gathering hunch that maybe the damn thing was just too old.

So I took it out back and shot it.

The old DVD player was like an old friend. I knew how it worked. If you put in a disc, sure, it would make you watch all of the bullshit bullshit like FBI warnings about how illegally copying content was the worst crime ever. The murderers and rapists running up and down my street always got a chuckle at that. My TV is so big we’ll often find them curbside and enjoying the show. 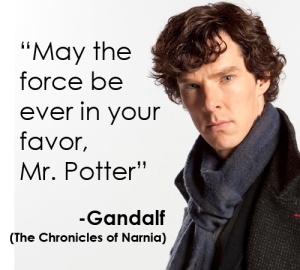 The DVD had been programmed to control the behavior of the human who owned it. Apparently it didn’t have to obey the Three Laws of Robotics. Try to skip when it didn’t want you to? “That operation is not permitted.” Loosely translated, in Robot language, that means, “Fuck you, hooman.”

But, on the plus side, it had a couple of handy features. After you put a disc in, you only had to sit through that crap a single time. The next time you turned it on it would remember you had already seen the “force down your throat” crap and it would let you skip it.

Also handy: A button called “menu” that, amazingly, brought up the DVD menu. You know, so you could select episodes and shit.

Yes, it does play discs better. We tested it and discs that were unwatchable before suddenly began to work again. That was a good thing.

But at what price?

After you’ve watched the “force down your throat” bullshit – by the grace of God – never touch that thing again! There is no memory. No “resume” function. Yep, every single time you put a disc in or even just touch the power button to pick up where you left off – it forces you to watch that shit. Again!!!

Worse, as far as we can tell, there is no bloody way to access the menu. Ever. For the rest of your life. Touch the wrong button and WHAM! You’re back at this fucked up screen of computer graphics where, you guessed it, ask to play the disc and it’s going to make you watch the FBI warnings one more time!

This is the false choice of technology and so-called “progress.” A DVD player with useful features (but won’t play discs) or a Blue-ray player that plays discs but fucks you in every other conceivable way.

Bonus: For every so-called “app” they offer you can estimate about ten hours of fun with the remote control picking tiny little alphabetic characters from the on-screen chiclet keyboard. When the moment finally comes to click OK? “A problem was encountered.” Then, amazingly, all input is cleared and you get to re-type it all over again.

Don’t make me angry. You won’t like nerd when he is raging.