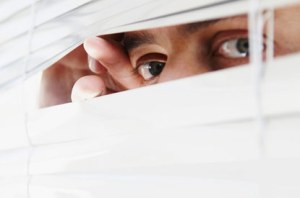 The “Work Job” is a sexual act of the most scurrilous and despicable nature. It involves finding a partner, known as a boss, turning around, bending over to touch your toes and waiting for it. The rest? It’s so heinous I can’t even think about it, much less describe it, not even to liven up this post for your entertainment. Sorry, I just can’t do it.

I’ve noticed something. When I make predictions and statements that are born out to be 100% correct, the universe covers me in a pile of shit as way of thanks. When someone like Karl Rove makes predictions that are dead wrong, he is given somewhere between $90 to $160 million of other people’s money to throw down a toilet hole.

Something tells me it should be the other way around.

Take the topic of bosses and jobs, for example. I’ve been preaching the way things are for quite some time. Did anyone listen to me? No!

There are a few keys moments I can remember in my life. For a lot of folks they remember where they were when JFK was shot. Well, I’m too young for that. For me, those watershed moments are things like the Challenger space shuttle disaster, the morning of 9/11, and the SCOTUS ruling on DOMA.

It turns out there’s one more for that list. The day that Gallup released data indicating that 70% of American workers hate their jobs. No shit. Really? Now you’re justing repeating things I’ve already said! I made that case a long, long time ago, only more eloquently.

Where’s my piece of the pie?

According to data collected by Gallup, 70% of American workers are “not engaged” or “actively disengaged” and emotionally disconnected from their workplaces. These workers are less likely to be “productive.” No shit!

And who does Gallup blame for this distressing course of events? Get this! Bosses. Yeah, you read that right. Bosses. The motherfucking idiots in charge. No shit!

To hear Gallup talk about it, it’s like this is even a bad thing. For example, the blather on about how “managers from Hell” are responsible for $450 to $550 annually in lost “productivity” in the U.S. alone. Who gives a shit about that as long as bosses get to treat other people like chess pieces in order to feel better about themselves? Seems like a small price to pay.

I am the author of How To Destroy Your Employees and I can tell you this is as real as so called life gets. Employees are the enemy. Employees are copper-top batterier, a resource to be used up until gone gone and then thrown away. Employees are the hideous reality of running a business where, unfortunately, you can’t do it all yourself. The quintessential definition of a necessary evil.

Alas, the Gallup data did show that approx. 30% of Americans with full-time jobs were “engaged and inspired at work.” They speculated this might mean that those workers have “great” bosses, but I stress this is only a radical theory and has not, as yet, been proven.

Lastly, when it comes to worker engagement, Gallup said that having a good boss is “the single biggest decision” a company can make, of far more importance that compensation, benefits, or anything else.

It kind of makes you wonder why the collective bunch of U.S. employers collectively treat employees worse than toilet paper. This just serves to strengthen my theory that boss egos, and not profits, are what really drives the American economy.

Too bad no one ever listens to me. Now get out there and think of me while you perform your next work job.