The Prostitutional Promise of Presidential Promises 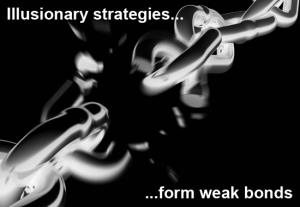 Did you know that some people think it’s naive to expect a presidential candidate to keep his/her word? I promise you, this is true! I’ve been called it right to my face. By no small coincidence the person doing the speaking was one of the most monumental douchebags I’ve ever met. And no, he wasn’t even my boss. He wasn’t quite that bad.

As we gather our collective will, about to commit ourselves to the task of voting, I’m here to ask: What is a presidential promise? Why are they made? Do they even matter? Should we even care? And what, if anything, should happen when they are broken?

Consider this: If it is naive to expect a presidential candidate to keep his/her promises, then what’s the bloody point of it all? If that’s the case, what selection criteria should go into your vote? Why not just vote for the candidate you “like” the most then, when he/she’s all legit, expect him/her to do whatever the hell he/she wants?

Take Romney, for instance. Part of his platform is officially “get me in there and then I’ll fill you in on the rest of the details later.” Some might call that refreshing. Some might call it straight up. At least he’s not trying to fool the naive folk, right?

On the other hand, he does make his share of promises, too. The biggest one I can think of is: “I’ll create 12 million new jobs.” Now that’s a promise. Never mind that a bunch of economists predict that the U.S. will create those jobs either way, over the next four years, regardless of which of the two choices we select in 2012.

Hey, I’ve got a promise for you, too. The sun will come up tomorrow. I promise. If it actually happens, does that mean I’m brilliant? That I had anything to do with it? And what if it doesn’t? What happens then? Well, we’ll all be dead and there will be no one around to give a shit.

Some Eistein smartypants will no doubt say, “Whatever. A president doesn’t have ultimate power. He’s not a dictator. Not unless we’re talking about Obama, of course. A president can’t just do anything he wants. He needs help from Congress and stuff. He can’t go it alone.”

True. And precisely because of that fact, I’ll tell you how, in my opinion, promises should matter.
END_OF_DOCUMENT_TOKEN_TO_BE_REPLACED