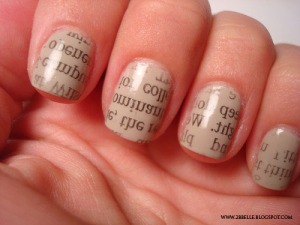 There was something a skosh awkward with the print edition of the Wall Street Journal today (Friday, August 31st). And I’m speaking as a reader of news, not as a forward observer in the partisan wars.

You just know the WSJ wanted to be in on Romney’s big night. It was finally time for the big acceptance speech. No doubt the WSJ wanted it so bad they could taste it.

There was just one wee problem. The event would occur after their print deadline. I’ve seen newspapers in local markets push back deadlines for things like important sporting events in the evening and such. Editorial closes late, which pushed back pre-production, press deadlines and cascades all the way to distribution. The trucks run late. In my experience it takes an edict from the CEO to push back reliability benchmarks on home delivery. It’s a rather big deal.

Apparently the wait time was too long or WSJ doesn’t have such an option. Under the headline “Romney Vows to ‘Restore’ U.S.’ came news “coverage” (air quotes) consisting of several predictions. I guess we could call it a case of “pre-reporting” (air quotes) the news. In that vein the WSJ became the equivalent of a bulletin board system or newsletter.