Somewhere over the ukulele

Just in case you’ve never seen this video, I’m sharing it here for no particular reason except I heard it recently.

Israel Kamakawiwo’ole was a remarkable young man who died too young about 13 years ago at the age of 38. I hope you enjoy his version of “Somewhere Over the Rainbow” if you haven’t heard it before. In my experience it is very common at Relay For Life functions which is how I originally heard it for the first time.

Posted in: ftw | Tagged: israel kamakawiwo'ole, somewhere over the rainbow

To be or not to be 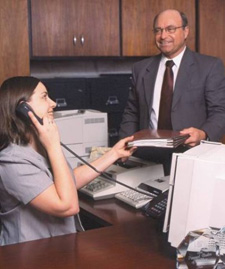 This guy is much much cooler looking than my boss.

I have shared a version of this tale before. I apologize if I’m being too redundant. Hopefully the wrinkle of a new variant will make the retelling worthwhile.

My boss is such a douchewad I sometimes ask myself, “To be or not to be?” And by that, of course, I mean, “If I have to work here do I even want to exist at all?”

The backstory is this: The boss chewed out my ass because I (apparently) committed the most cardinal sin of all: Not making sure that all orders went out on the day they were received. My ass was handed to me for my lunch, and I responded, “Message received and understood.”

A few weeks later the boss had one of his many dipshit pet projects in the queue and he wanted it to be top priority. The customer orders, he explained, could wait, because, after all, the web site said they would ship in one to three days.

Morals of the story so far?

This is the same boss that pontificates about service being the “best” and that our profits are down, thus our bonuses were reduced last year to $50 Wal-Mart gift cards. Meh.

The new wrinkle is this: The regular shipping guy took a vacation day. Naturally there was no one available to take over his duties. We run kind of lean that way, you know? Normal staffing = “stretched too thin” and vacation staffing = “up the ass!” So the boss took over himself and struggled mightily to get the job done.

When our mail pickup was running late, I mentioned that the outgoing shipments might need to be dropped off at the post office or they wouldn’t go out same day. (Remember the backstory? I got fed my ass over that.) This is SOP when it involves an employee in their personal vehicle and when they are off the clock.

This is what the boss had to say about the information I had just so thoughtfully provided:

No need to do that. I already put the tracking numbers in the system and the customers have already been notified their shipments have gone out. If the packages don’t physically leave the office today they’ll never know the difference.

It can be so awe-inspiring and enriching to be in the presence of someone who truly knows how to lead by example!

Morals of the story:

The boss establishes the broad policies that dictate our success, holds our performance to completely different standards, controls every aspect of our work environment yet holds us accountable for mistakes. (He reminds us weekly that mistakes come out of our paychecks.)

Oh yes, douchebaggery at its finest! All hail the fucktard.